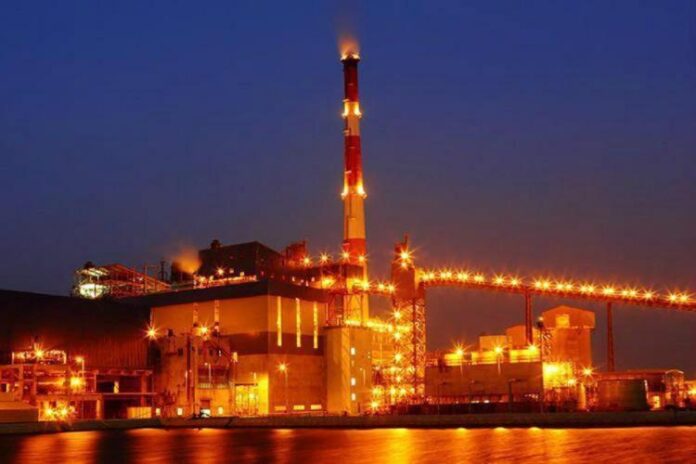 On Monday, mining company Anil Agarwal’s Vedanta Ltd sold its copper smelting plant in Tuticorin in Tamil Nadu, which was shut down four years ago after 13 people were killed when police shot dead protesting protesters over air pollution.

In newspaper advertisements, the company demanded the first bid, an Expression of Interest (EoI), for the facility to produce 4,00,000 tons a year on July 4. Axis Capital assists the company with transactions.

The Tamil Nadu government ordered the permanent closure of the unit in the port city of Thoothukudi in May 2018 following violent protests.

The company had previously denied allegations that its industry was polluting the environment and took it to the Supreme Court to open the unit.

But so far, the Supreme Court has not given explicit permission.

A spokesman for the company said the Tuticorin plant was a national commodity that catered to 40 percent of the domestic demand for copper and played a crucial role in the country’s supply of copper.

“In the interest of the country and the people of Tamil Nadu, we are looking at options to ensure that the industry and property are better used to meet the growing demand of the nation,” the spokesman said.

In the advertisement, the company said the Tuticorin factory, operated by its subsidiary Sterlite Copper, produced about 40 percent of India’s copper demand and provided 5,000 direct employment and 25,000 direct jobs.

“Sterlite Copper, a unit of Vedanta, has a world-class and unparalleled factory in Tuticorin with the best technology in the world and a maximum capacity of 400,000 tons per year of integrated copper smelter and refinery, and an additional 400,000 tons of expansion,” he said.

It remains to be seen whether any company will show interest in buying and using the facility as the country’s government continues to oppose its re-establishment.

“The industry produces about 40 percent of India’s copper demand and contributes about Rs 2,500 crore per purchase, 12 percent of Thoothukudi port, 95 percent of the market share of sulfuric acid in Tamil Nadu, direct employment 5,000 and more. 25,000 indirectly through the value chain, “he said.

Tuticorin joins a list of projects that companies have closed down following local protests. In 2005, Posco, the world’s fourth-largest steel builder, announced an investment of USD 12 billion to launch a 12-million-tonne-capacity steel project in the Jagatsinghpur region of Odisha but closed it in 2017 as the project did not progress forward due to local resistance.

JSW Utkal Steel Ltd, led by Sajjan Jindal, decided to take over the project but faced opposition from local people.

Vedanta had previously blamed non-governmental organizations for the closure of its bronze center, saying the long-term closure would be four times as high as India’s brass purchases as consumers would demand supplies.

The company has been looking for locations to set up a new copper smelter that will replace the closed unit. It has sought EoIs from coastal provincial governments to co-operate with it to establish a melting pot of 500,000 tons per annum in an area worth about Rs 10,000 crore.

It was looking for an area of ​​about 1,000 hectares near the port and a commodity connection for the project.

But the nature of the hunt is unknown.

The Tamil Nadu government last year allowed the Vedanta copper factory in Sterlite in Thoothukudi to work for the production of medical oxygen due to the depletion of oxygen reserves during the massive COVID-19 cases.

While issuing the permit, the state government had asked the Sterlite industry not to participate in producing copper or any other material.