Suspended MPs mostly from South, not yet in BJP’s sway 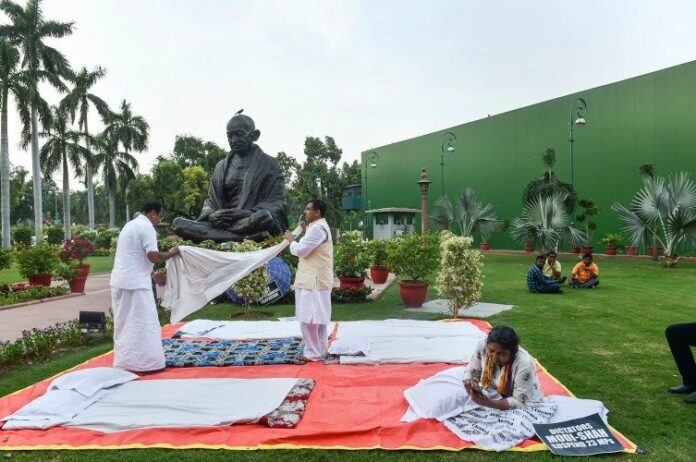 Since the Monsoon session of Parliament began on July 18, 24 MPs – of the Lok Sabha and the Rajya Sabha – have been suspended so far.

A closer look at the details of these MPs reveals a much bigger political reality. Of the 24 MPs suspended so far, seven are from Bengal, eight from Tamil Nadu, five from Kerala, and three from Telangana – states which continue to be under the sway of regional parties and where the BJP is looking to make electoral gains.

Interestingly, the MPs suspended also belong to the parties – apart from Congress, that are in power in these four states – the Telangana Rashtra Samithi (TRS), the Dravida Munnetra Kazhagam (DMK), the Left Democratic Front, and the Trinamool Congress.

After consolidating its presence in the northern, western and most parts of northeastern India, the saffron party has been working overtime to spread to the south. However, barring Karnataka, it has not had much success.

In Bengal, the party deployed its entire machinery ahead of the state poll in 2021. Chief ministers of BJP-ruled states, Union ministers and Prime Minister Narendra Modi campaigned extensively for days. But at the end, the results were disheartening. Although the BJP managed to up its numbers, it couldn’t come to power. Soon, it started bleeding MLAs, with most returning home to the Trinamool Congress. Tamil Nadu has been tricky territory for the BJP. An alliance with Amma’s party, the AIADMK, failed to give it the impetus it was hoping for after the party lost the election to the DMK. Plus, an internal rift within the AIADMK didn’t make the situation any better.

Kerala made history in the 2021 state election. For the first time in four decades, the state brought an incumbent government back to power for a consecutive term with a thumping mandate. The BJP, with an eye on the bastion of the Left, which has been reduced to a non-entity in the rest of the country, including in Bengal where it had ruled for three decades, fought from 113 seats. When the results were announced, the party failed to win even one.

In Telangana, the BJP’s terrific campaign helped it pull off a stunning show in the Greater Hyderabad Municipal Corporation (GHMC) elections in 2020, with the party coming in second and its tally jumping from four wards in 2016 to 48. It was just seven short of the TRS’s tally, which took a massive hit in the 150-member civic body.