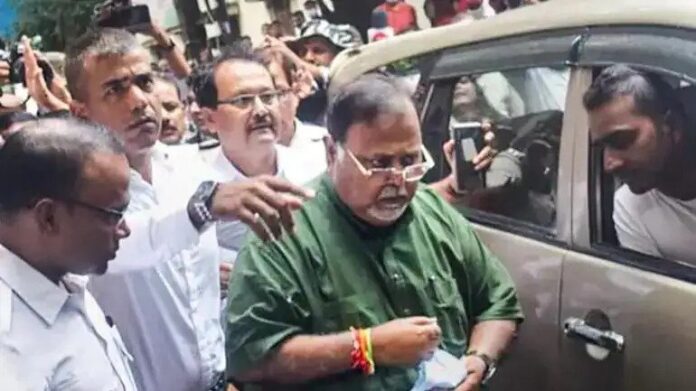 The Trinamool Congress (TMC) has asked its leadership not to speak on the issue of arrested Bengal leader Partha Chatterjee anymore, hours after his aide Arpita Mukherjee told the Enforcement Directorate (ED) that all money recovered from her second flat belonged to him.

A meeting has been called at 5pm Thursday by party leader Abhishek Banerjee amid growing clamour to remove Chatterjee from all posts in the party and the ministry.

While the decision to remove him as minister will be taken by Chief Minister Mamata Banerjee, the party may also take a decision on removing Chatterjee from the party’s Secretary General post.

Earlier in the day, TMC general secretary and spokesperson Kunal Ghosh called for his expulsion from the party and the ministry. “Partha Chatterjee should be removed from ministry and all party posts immediately. He should be expelled. If this statement considered wrong, party has every right to remove me from all posts. I shall continue as a soldier of @AITCofficial,” he tweeted.

Ghosh’s remark comes amidst the ongoing probe against Partha by the Central Bureau of Investigation (CBI) and Enforcement Directorate (ED) in connection with an alleged teacher recruitment scam in West Bengal.

The ED on Wednesday recovered another Rs 28.90 crore in cash, over 5 kg of gold and several documents from the second apartment of Arpita Mukherjee. The agency had earlier found Rs 21.90 crore in cash, Rs 56 lakh in foreign currency and gold worth Rs 76 lakh from Mukherjee’s house.