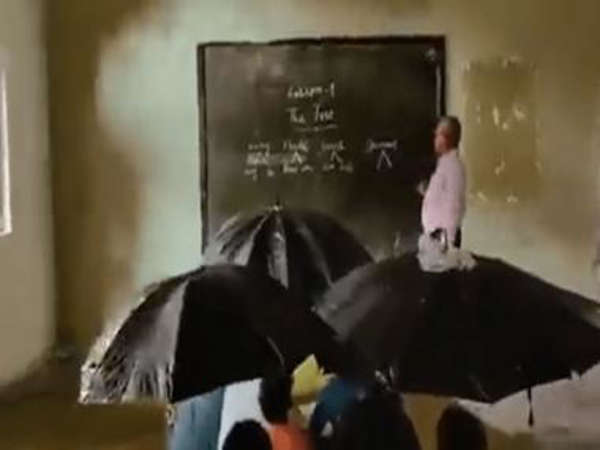 A video from a government school in Seoni District of Madhya Pradesh showing tribal students holding umbrellas inside classrooms to protect themselves from leaky roofs of the building has recently surfaced online.

Taking to Twitter, a popular tribal rights advocacy account named Tribal Army wrote, “This video is from a primary school in tribal-dominated Khairikala village of Seoni district of Madhya Pradesh. Students are forced to study with umbrellas inside the school to avoid rainwater dripping from the roof. Shivraj Chouhan sends his child abroad to study. This condition of poor tribal children.” (sic)

The video has raised numerous questions over the effectiveness of government policies in uplifting and improving the basic needs of the lowest sections of society. THE SITUATION BECOMES WORSE DURING RAINS

As per the reports, the situation of the school has worsened over the years, so much so that most of the parents prefer not to send their wards at all during the monsoon season.

Sidrustam Mansoori, head of Shala Vikas Samiti, told the Free Press Journal that only a small number of students attend the school because the roof leaks when it rains heavily.

Many officials revealed that they had offered a proposal to the BRC office in May, but no one paid any heed to it. School principal Mahendra Sharma told NDTV, “A few days ago, plaster of one of the walls fell on the floor and one of the students had a close shave.”

As the central government continues its emphasis on improving the education sector by introducing new policies and schemes, instances like these raise serious concern over the ground reality of implementation of the same.