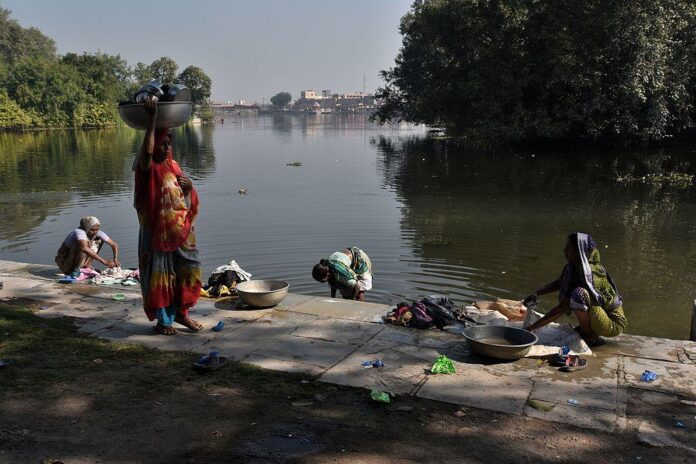 In this study, samples of drinking water were collected from different parts of the country and sent to the Shriram Institute of Industrial Research, New Delhi for testing. The highest concentration of nonylphenol was detected in a borewell water sample from Bathinda (80.5 ppb).

Nonylphenol is a toxic chemical and a known endocrine disruptor associated with a number of adverse effects on human health. A daily intake of nonylphenol in drinking water can have a detrimental effect on the health of citizens, ”said Piyush Mohapatra, Senior Program Coordinator, Toxics Link, the research organization.

Nonylphenol is commonly used in the production of Nonylphenol Ethoxylates (NPEs). NPEs are used as surfactants as well as in everyday consumer products such as detergents, liquids and dispensers.

NPEs enter the environment and ultimately break down nonylphenols which can enter into various environmental matrix such as water and soil. The chemical can also be released during industrial cleaning processes and wastewater produced during the production of NPEs. A 2019 study by Toxics Link confirmed the presence of nonylphenol in detergents sold in the Indian market with the highest concentration obtained at 11.92%. In addition, it was also found to have the highest values ​​in all river samples and lakes tested in that study.

In India, the Bureau of Indian Standards (BIS) has set standards for phenolic compounds in drinking water (1 ppb) and surface water (5 parts per million (ppm)). At present, however, there are no specific levels of nonylphenol in drinking water and above in India.

In addition, there are no regulations in place in the country to restrict or eliminate the use of NPE in cleaning products and other consumer products to prevent the release of nonylphenol from the environment, especially in water.

“The European Union and countries such as the US, Japan and China have already acknowledged the dangers of this chemical and have come up with regulations to eliminate the chemical in many products including cleaning products to reduce the risk at low river levels,” said Dr Omkar. Gaonkar.

He added, “These countries are also developing nonylphenol water quality methods and standards.”