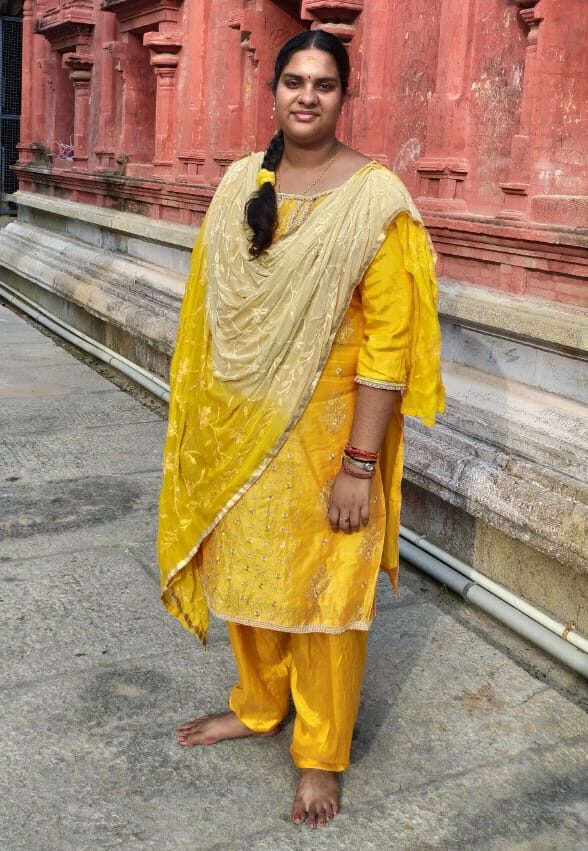 Indian Stories gives you the opportunity to read and review the write-ups/poems by popular writers/poets. Today’s content is written by V. Sivasankari.

Who is V. Sivasankari?

V. Sivasankari is an aspiring and budding poetess. She is pursuing her final year B.com (Applied) degree. Playing veena, photography, singing, painting, poem & article writing and participating in extempore and elocutions are her hobbies. She has co-authored several books. Her aim is to become a successful business woman and a great poetess. She always wants to make her parents proud. It’s just a beginning , her journey has no boundaries… 🙂

Love is the eternal source for survival. The purest form of one’s core reason for surviving in this universe is LOVE. It can be held implicitly or explicitly in the form of anything. But, like people say the most beautiful things in the world neither can be touched nor seen, but can only be felt.

Love is a circle that never ends, even we aren’t exist. In everyone’s life there is a point which may take them either to the most hatred part or to the part they desired the most. This story of love triangle will make each and every one of us to feel that point, in which either we lost ourselves or vouchsafed ourselves to us.

Once in the world named “LIFE”, there was only three people living. Here in the beginning I am not going to introduce the characteristics of the characters. The three protagonists of this story are STILL, ANGEL and DEVIL.

Still is a girl who longs for love. Angel and Devil were the two personswho love Still. She treated both of them equally. They three are aware about the happenings in the world where the human suffer and succeed because of “LOVE”.

Angel and Devil had been friends until they started loving Still. Devil makes her feel cozy, luxury and gave her happiness only all the time.

To an extent, she started having superiority complex and she forgot the sufferings and pain in the world and also to strive for something in her life with hope and confidence.

Later, Angel using his power imposed lots of sufferings and pain on her to get rid of that superiority complex. Excess effect of this made her to suffer a lot, but the intention of Angel is to normalise her with his form of love, of giving pain and sufferings.

She struggled a lot to face the mishaps in her life. Almost she lost hope. At a point she decided to take back her efforts to survive, because she is completely exhausted and lost her endurance.

On a full moon day, she was sitting alone in the beach. She again started over thinking about the miseries and mishaps happened so far. At last she remained with only hatred for both Devil and Angel.

With thousands of thoughts and confusions, she just stared the moon. The susurration of the beach waves, somewhat in a manner soothed her heart. Finally, the over dosage of over thinking left her, when her hope rose again and she got a message from herself.

“Only moon isn’t sufficient for the well being of the world and excess heat from the sun will burn everything. Both day & night form the core theory of existence of this universe” – was the message.

From that she found the way that leads to the path “Love”. Yes, her ideology from being a person loving one angle of life and stagnated in it won’t form a Love Triangle.

The most beautiful things in this world are love and hatred. They make take you to the extreme. But when they are being controlled, you are the ruler of your life and this world.

Love doesn’t stop you at any point from moving towards. It is a circle that continuously balances everything and makes you to remind what you have at the beginning and after facing and having everything.

Yes, our life gets influenced by so many external factors. But they all are categorised under the two persons Devil and Angel. The name itself does not exhibit the character as stated in this story. Extreme of these two may leave you to stay there only.

Finally, it’s the time to reveal the characteristics of the protagonists. Angel may appear good, but he does all devil things that you can’t imagine. In the contrary, Devil does all the angel things. The path with bed of roses may have some thorns and the path filled with thorns may have some budding flowers. The choice for the path becomes valid, when you  decide to take up even the hardest path wholeheartedly.

Still is a girl of neutralness. Like the approach by Angel and Devil, we got influenced by people, emotions etc. At a point, we lose hope. But remember, it is all about how you balance them. A matured love triangle of your inner-self and feelings should not let your love in this world, “LIFE” stagnated.

Form a life circle with equally balanced state of emotions, inner-thought and enough courage to struggle and overcome it. Pure love never let’s you to fail. Spread and have endless love.